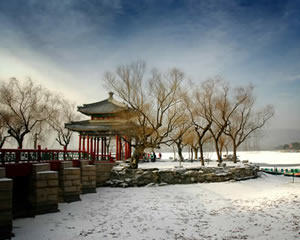 “The world has a new mania”, proclaims Jay Walker, the crowd hanging off his every word, “A mania for learning English.” Today we explore why working in China could be your best long-term investment.

We’re at the 2009 TED conference in Palm Spring, USA. It’s the year after the Beijing Olympics, and the year that China officially became ‘the world’s biggest English-speaking country’.

Considering the population of China (1.3 billion, at the time), however, sweeping statements like these are all relative – as is the meaning of the world ‘speaker’.

It’s best to say that China has the world’s most English learners, due to both a) the language’s growing global relevance and b) China’s far-reaching political and economic involvement. 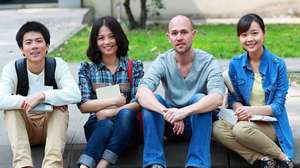 “The intensity to learn English [in China] is almost unimaginable”, says Walker, “unless you witness it.”

Students are made to take a standardised, national test at the end of secondary schooling, called the goakoa. 25 per cent of it is based solely on English.

“Imagine a student taking a giant test for three full days. Her score on this one test literally determines her future. She studies 12 hours a day for three years to prepare.

With 300 million English learners in the world’s most populous country, the demand for quality, well-trained teachers is booming.

The general consensus across China is that the standard of English classes is low – many local teachers give grammar lessons in their native tongue. Chinese students excel in reading and writing, but lack listening and speaking skills – rote repetition is the accepted norm.

So, the salaries for CELTA qualified teachers are high: at a private language institute, a teacher can make up to 16,000 yuan per month.

Plus, many academies offer attractive benefits to their staff; the prestigious Disney English School, for example, offers dental and health care, relocation and housing stipends, and covers the candidates’ return airfares to China.

With offers like these, a 12-month stint in the Asian nation could leave you with a lot more money in the bank on the flip side.

TEFLwork offers a number of positions in China, at well-known (and well-paying) academies in all the major cities.